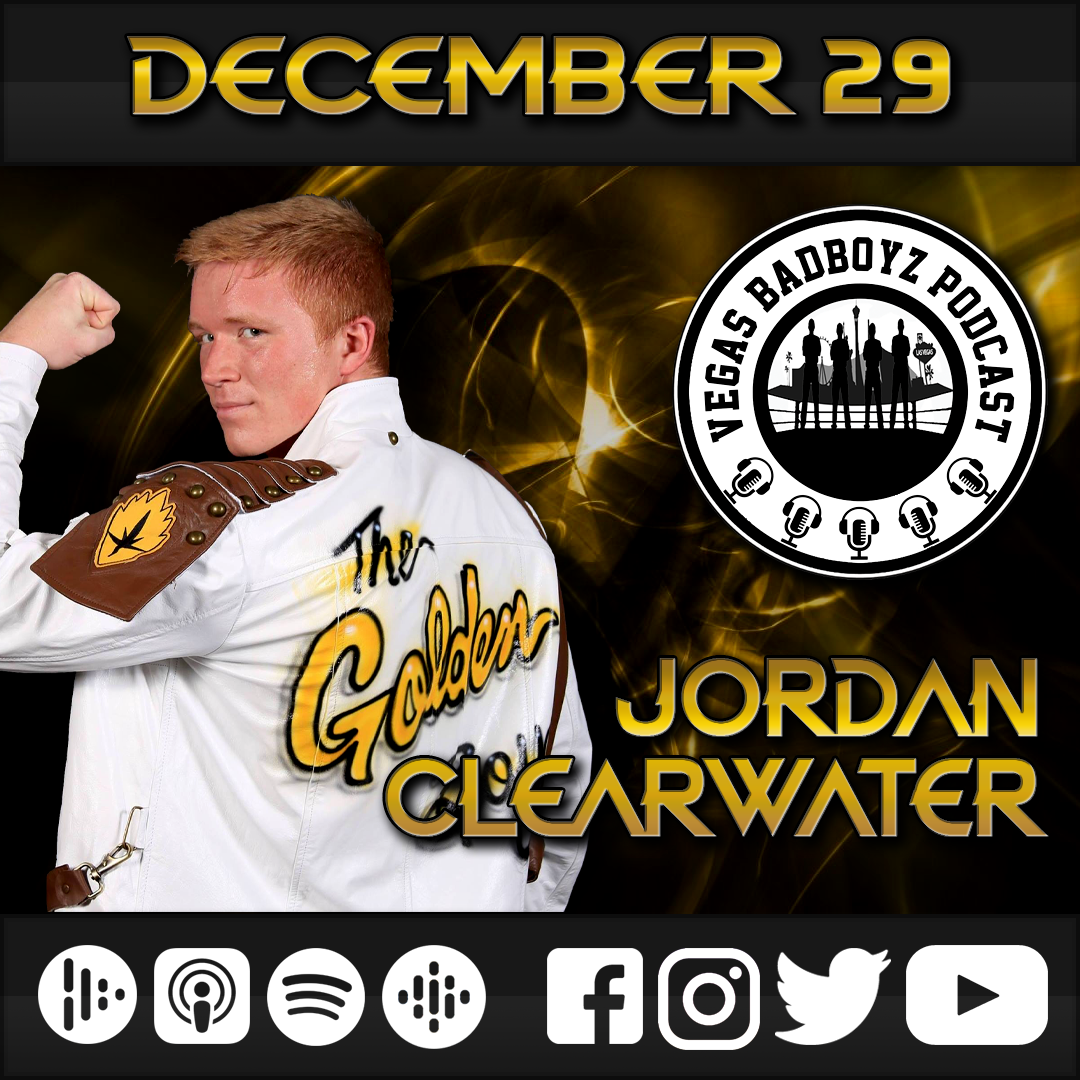 On this episode of “Matt Michaels’ People I Don’t  Hate” Matt is joined by the current CWFH Hollywood Heritage Champion Jordan Clearwater.

We recorded the interview before he won the title so you a get some insight into the rise of this young champion. Hear about his beginnings. Was there much culture shock in going to Los Angles. And how has it been wrestling with Championship Wrestling From Hollywood.

Get to know Jordan now and you can do that right here on the Vegas Badboyz of Podcasting!